The first Mayavi sprint was held between 2nd to 9th July at Enthought's offices in Austin Texas. It was a great success in my opinion. A large amount of work was done. Gaël Varoquaux and I were heading the sprint team. Several Enthought employees participated as did many of the interns. Jarrod Millman was also at the office at this time and it was great having him around as well. Overall it was great fun and I personally had a wonderful time.

Here is a picture of part of the sprint room at the Enthought office on day one (2nd July). 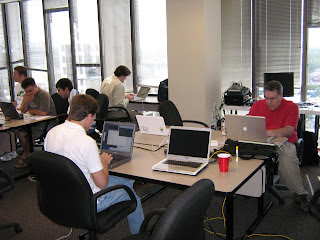 Part of the room on 8th. 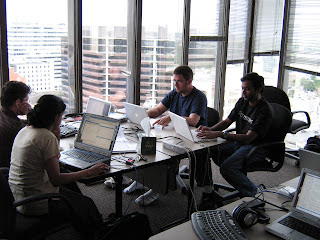 We had identified various things to do and these are all put up on the Mayavi sprint wiki page. I'll summarize these in short below in no particular order (more details on the wiki page): 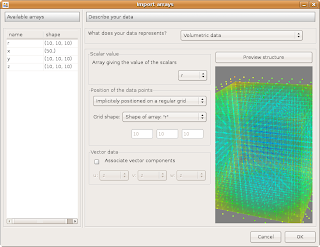 My apologies if I missed someone in the list of contributors above. As you can see, a huge number of things got done. It was great fun. Enthought hospitality was, as always, outstanding.

Gaël and I thank all those who participated! Our thanks to Enthought who funded it and helped make it a success.

Given the success with our first sprint, we plan to hold a two day sprint at SciPy 2008. Please do join us!

Gaël and I are also teaching a two hour tutorial this year at SciPy 2008. Hurry, 11th is the last day for early registration!
Posted by Prabhu Ramachandran at 10:47 AM 3 comments: